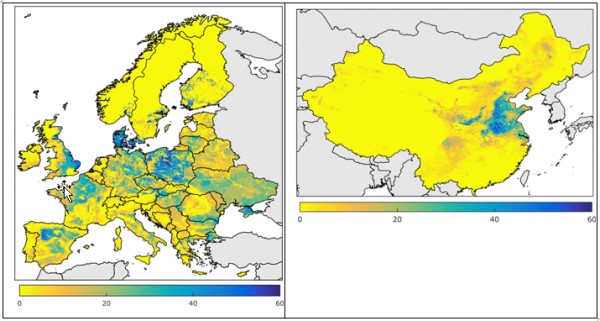 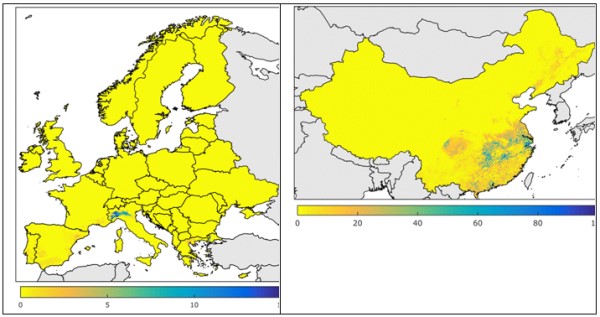 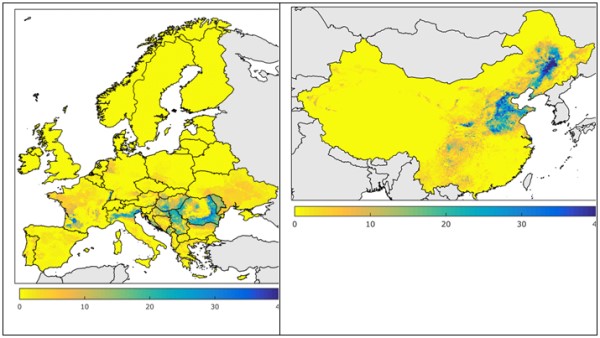 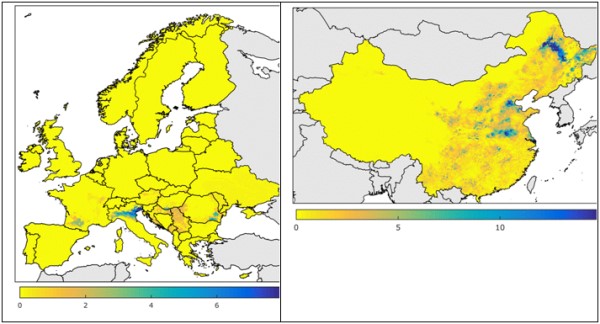 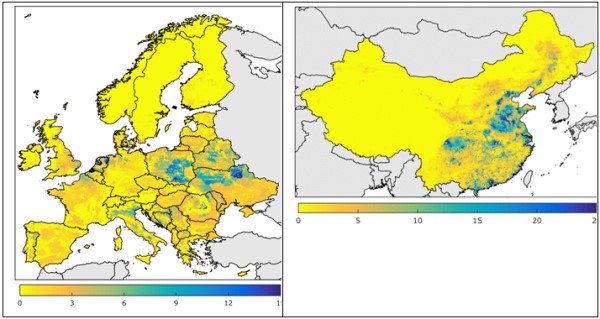 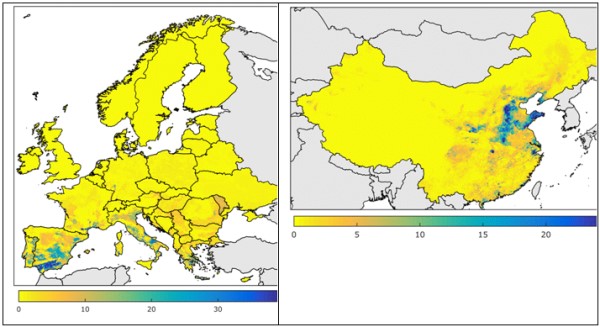 In this section we provide the spatial analysis of the information regarding management practices in Europe and China, as described below.

In Figure 10 it can be seen that most of the regions in Europe are barely implementing residue management with percentages lower than 20% out of total arable land. There is no region with percentages higher than 60%.

Tillage practices in Europe were derived from the Survey on Agricultural Production Methods, which was held in 2010. The implementation level is expressed as the percentage of land under a certain management practice, compared to the total area of arable land. Most of soil management practices data for Germany regions are missing. We derived the use for the following measures at NUTS2 level.

Nutrient management provides information about the level of inputs used in the agricultural systems. This information is useful as proxi for other soil pollution variables not available in spatial datasets, such as the use of other agrochemicals (e.g., pesticides) and plastics in the soil. The data presented in nutrient management needs to be re-analysed for anomalies in some regions. This is done in »Effect of management on soil quality. 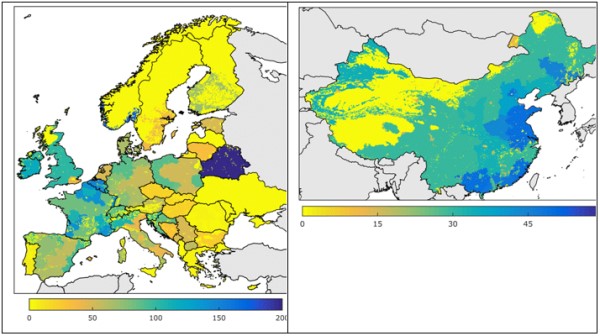 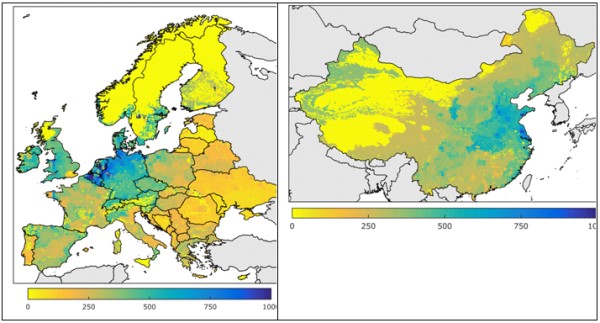 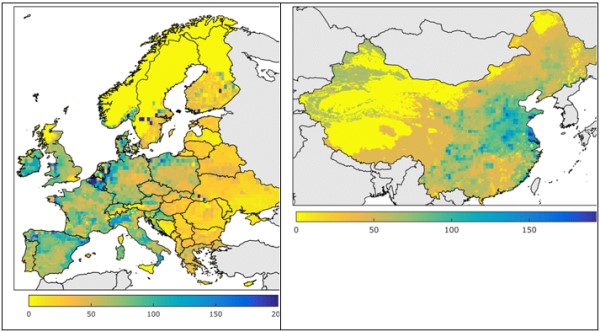 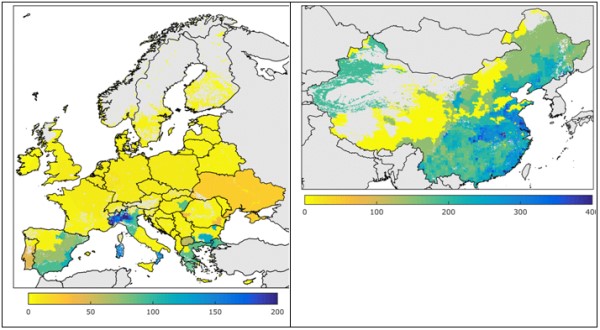 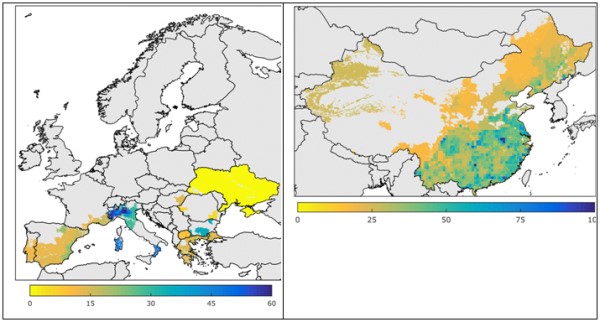 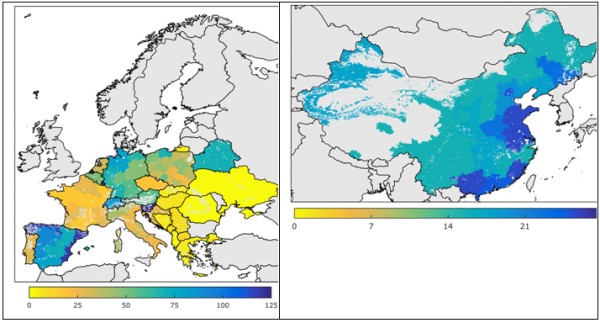 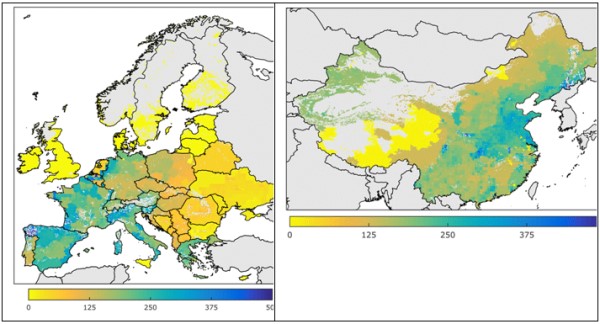 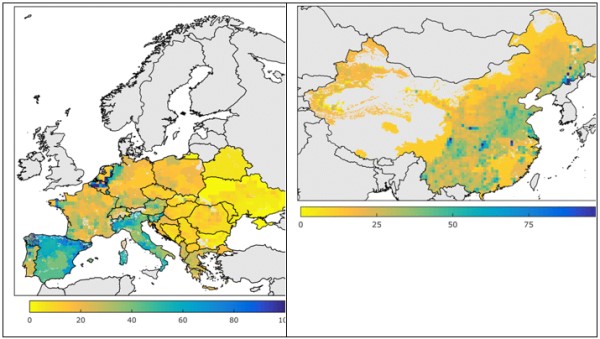 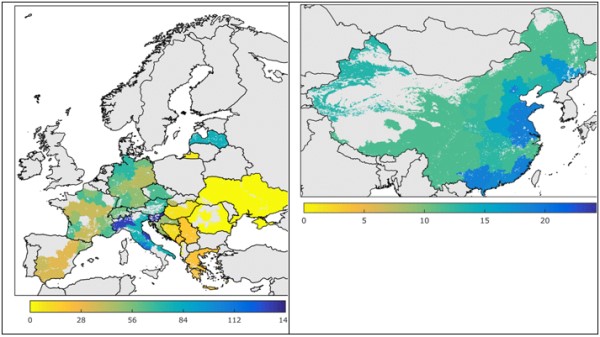 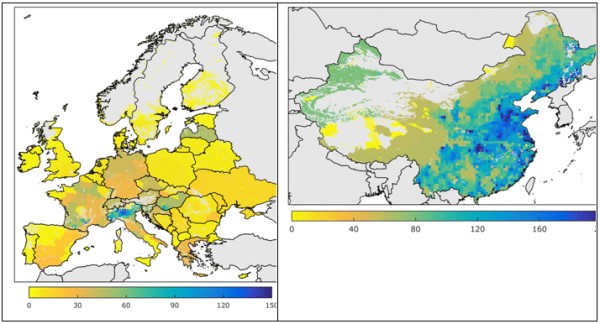 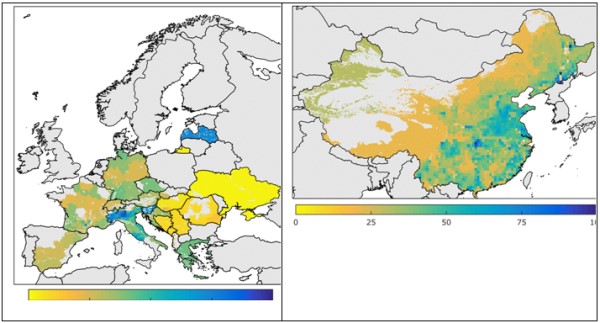 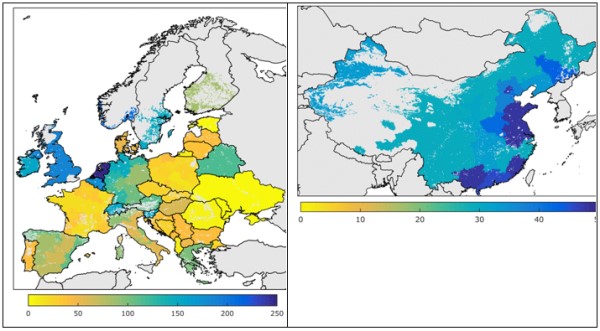 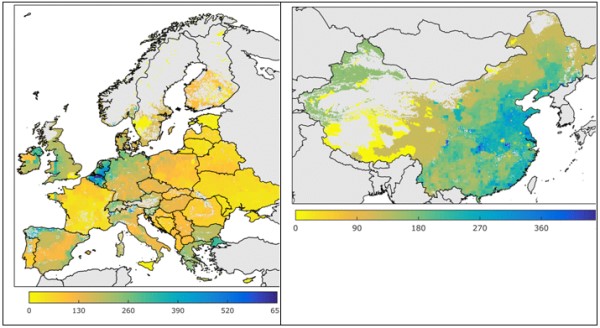 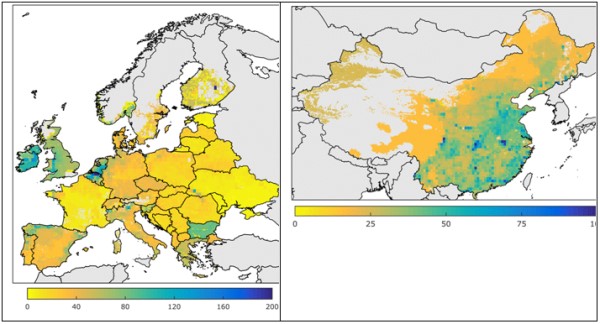 The total irrigated area (in 1000 ha) was derived from the SAPM 2010 survey from Eurostat (ef_poirrig). The area that was irrigated at least once per year was used. It is also possible to use the potential area that can be irrigated or subdivide the area to the main crop (groups). Also the total volume of water used for irrigation is available. Figure 31 shows how Mediterranean regions are the most irrigated areas as well as Denmark. Data for Ireland is missing. 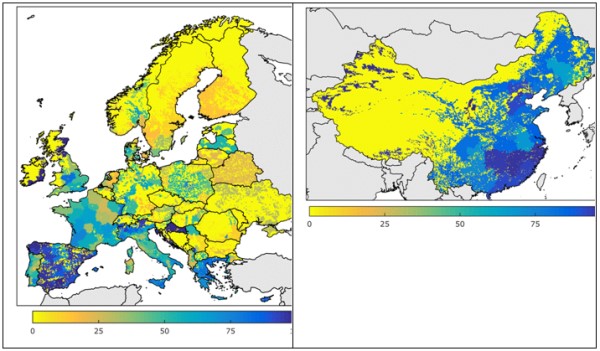 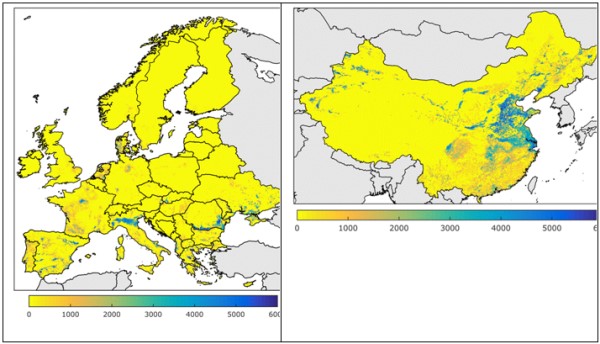 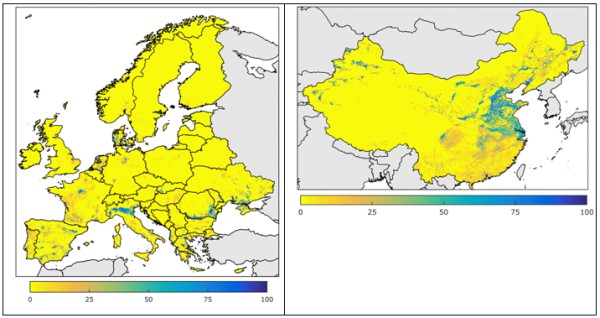 The soil quality indicators presented below are those linked to the ecosystem services in »Approach taken to evaluate the soil environmental footprint. 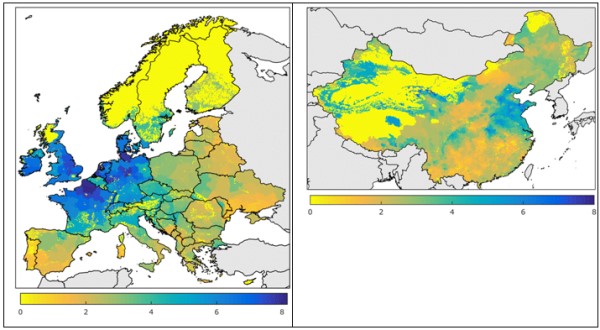 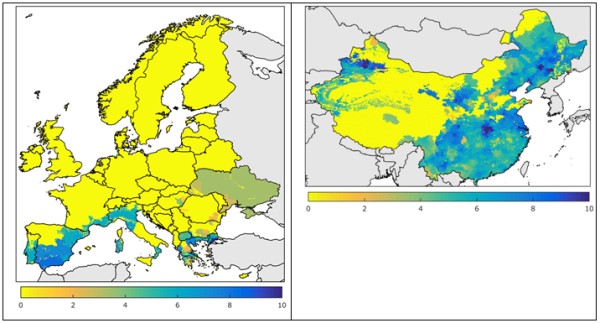 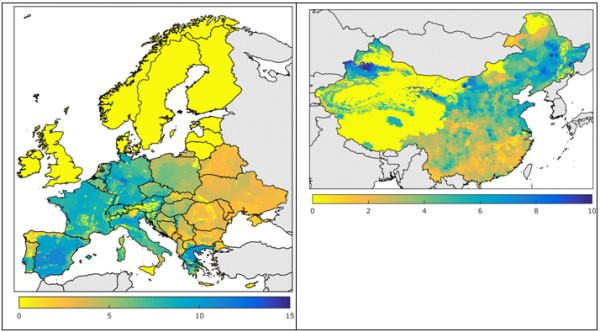 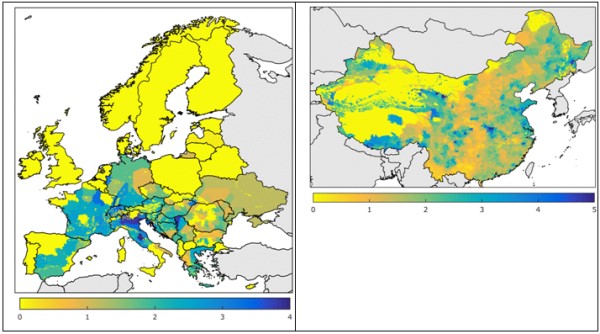 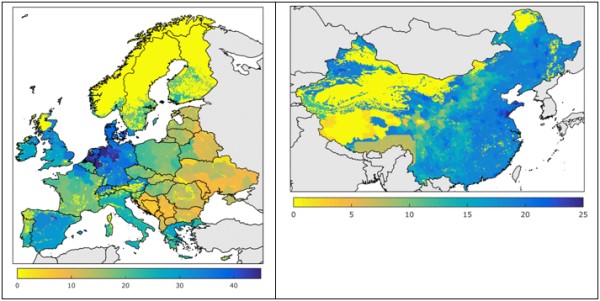 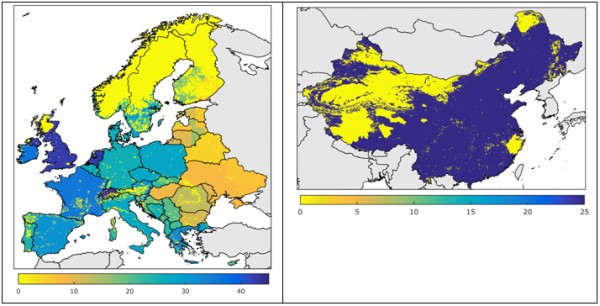